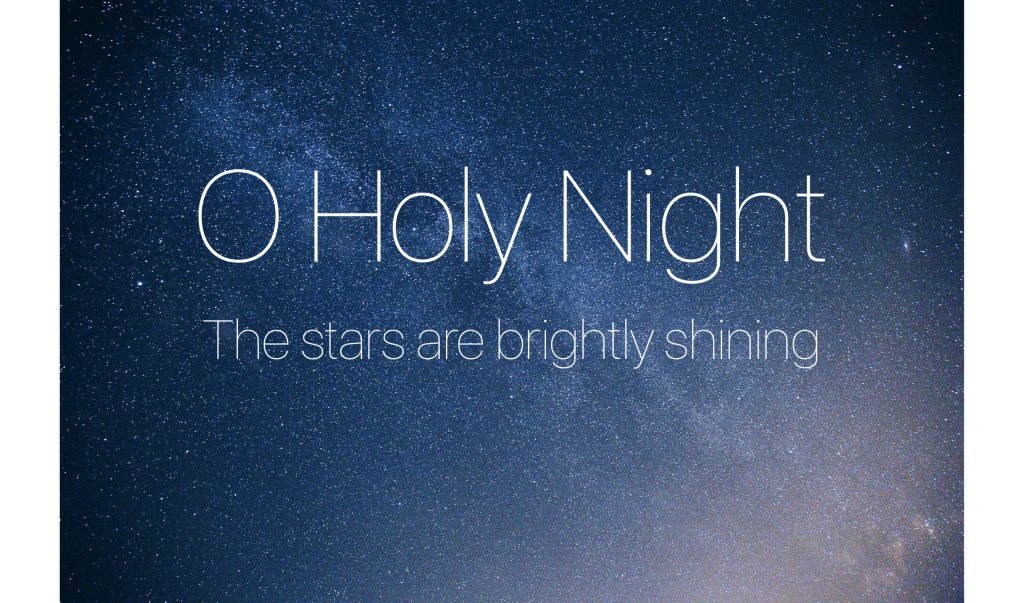 If I had to pick just one, my favorite Christmas carol would be “O Holy Night.” So, it would only be natural for me to talk about it on this 12-day journey.

This beautiful song has been performed by everyone from Caruso to Cher, The Lettermen to the Trans-Siberian Orchestra. I would be hard pressed to pick my favorite rendition but, Andrea Bocelli and Josh Groban are vying for it right now.

My first recollection of the song was while watching the lighting of the national Christmas tree on the family black and white TV when some great tenor belted it out. I was hooked before he hit the high note.

Of course, the song goes much further back than that. The original poem, Cantique de Noel, that our current version is based on was written in 1843 by a non-believer, Placide Cappeau. He was commissioned by the parish priest to write the poem in celebration of the renovation of their organ. Adolphe Adam put it to music in 1847. The version of the text used today was created by John Sullivan Dwight in 1855 and only hints of the original.

One interesting fact about its history dates to December 24, 1906. That was the day Reginal Fessenden broadcast the very first AM radio program. The first music he played was a phonograph recording of an aria by Handel. Then he played “O Holy Night” on his violin and sang the last verse. That makes it the second piece of music ever broadcast on radio and the first one broadcast live.

My favorite verse from the song is:

Truly He taught us to love one another;
His law is love and His gospel is peace.
Chains shall He break for the slave is our brother;
And in His name all oppression shall cease.

Over the 160 years since this was penned, there has been plenty of oppression wrongly carried out in His name. But, none of it reflects the true teachings of Jesus. He levels the playing field for Jew and Gentile, Men and Women, Slave and Free, Rich and Poor, Learned and Uneducated, Strong and Weak. In Glory, people from every tongue, tribe and people group will “His power and glory evermore proclaim.”

You may wish to listen to both renditions by Andrea Bocelli and Josh Groban. Please don’t let the fact that Bocelli’s version is not in English stop you. It is quite stirring.